Review of The Crying Book by Heather Christle 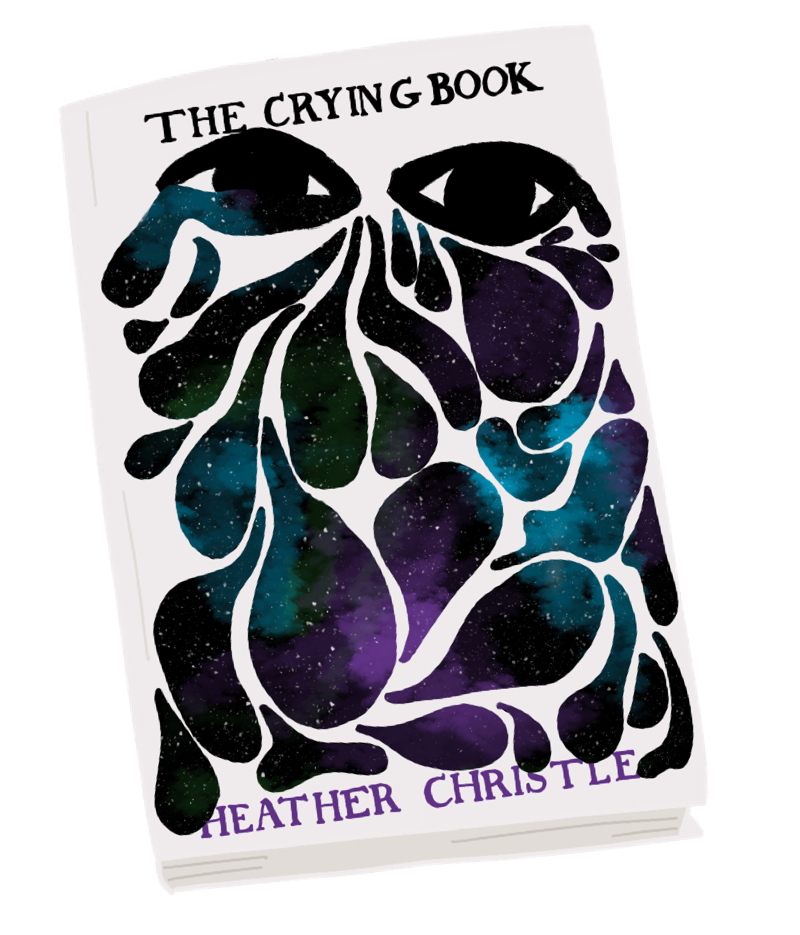 “To weep is to make less the depth of grief.”

I cry often. Too often I sometimes think. Gallons of tears that bubble and burst and soak my shirt, distorting my face with snot and uneven shades of red. So, it seemed like Heather Christle’s paperback The Crying Book would be the perfect thing for me to snatch from the bookshop recently. As it happens, yes. It was perfect. Beginning to end in its lyrical movement of short passages, quotes, and photos.

This was no 200-page lecture no dry scientific explanation for the perpetually dry-eyed. It was an epic poem built of prose and supported by the tears of history. By the words of those long dead and the inventions of the modern. It proved an intensely personal volume that draws you inward, entreating you to reflect on your own tears shed.

“We scrutinize the tears of other people for their sincerity. We can even doubt the sincerity of our own.”

The Crying Book is courageous, Christle bravely baring her naked emotions, poking and prodding them so we may further see. She does admit hesitation, however.

“I fear that to write something so much about crying will tempt a universal law of irony to invite tragedy into my life.”

This admonition made her more human. She is not some besotted romantic spewing frothy epitaphs on tears from a turret. She is a person. She cries. And she is superstitious. I feared the same fate while reading it. I’ll admit I cried. For no reason. For the mention of tears running down cheeks and into open mouths. Like a yawn, contagious, pointless, and relieving.

“Maybe we cannot know the real reason why we are crying. Maybe we do not cry about, but rather near or around. Maybe all our explanations are stories constructed after the fact. Not just stories. I won’t say just.”

There is one kind of crying Christle does warn against: “the tears of a white woman”. They “are subject to specific scrutiny,” she says and posses the ability to “shift a room’s gravity” often for the worse as she points out in the same passage. This does not mean that we, the white women, should not cry, but that it should be done without prejudiced intent. We should understand the consequences of our tears.

Further on, Christle invites us to relive episodes of tears in our lives. Watching a parent cry as a child, feeling alienated and uneasy. Crying on walks with close held friends, a seemingly eternal bond that we later learn is fleeting. Mourning over the death of that same friend long after your lives have split. The tears as one prepares to become a mother. And so on.

All this is to say that in 170 pages Christle was able to give me peace in my tears. She whispered beauty in one ear and pain in the other, the two converging in my brain and releasing a kind of mournful euphoria that has allowed me to cry and weep even on mornings when I wake “with an enormous sensation inside me and cannot identify...the urge”.

The Crying Book will teach you to be closer to your tears. To watch them while they fall, imagining yourself Alice filling an ocean of salt.

GET FROM AN INDIE